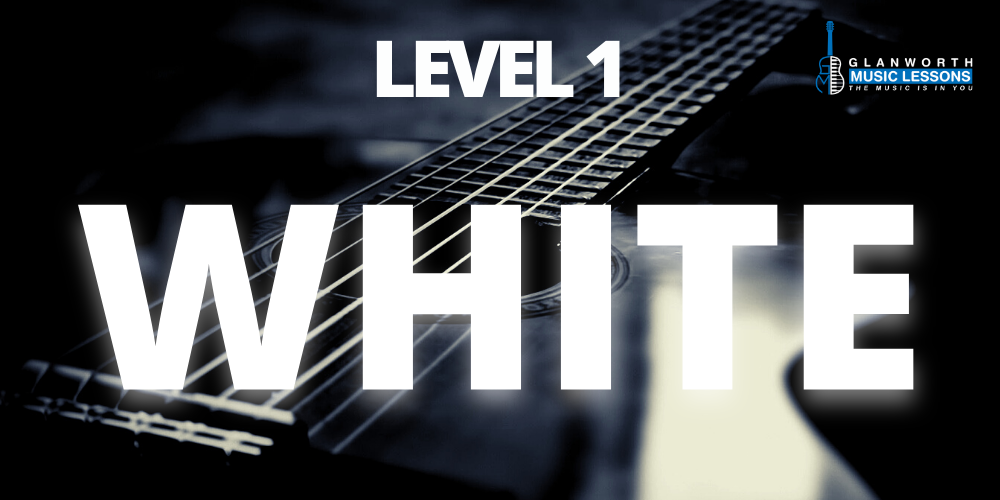 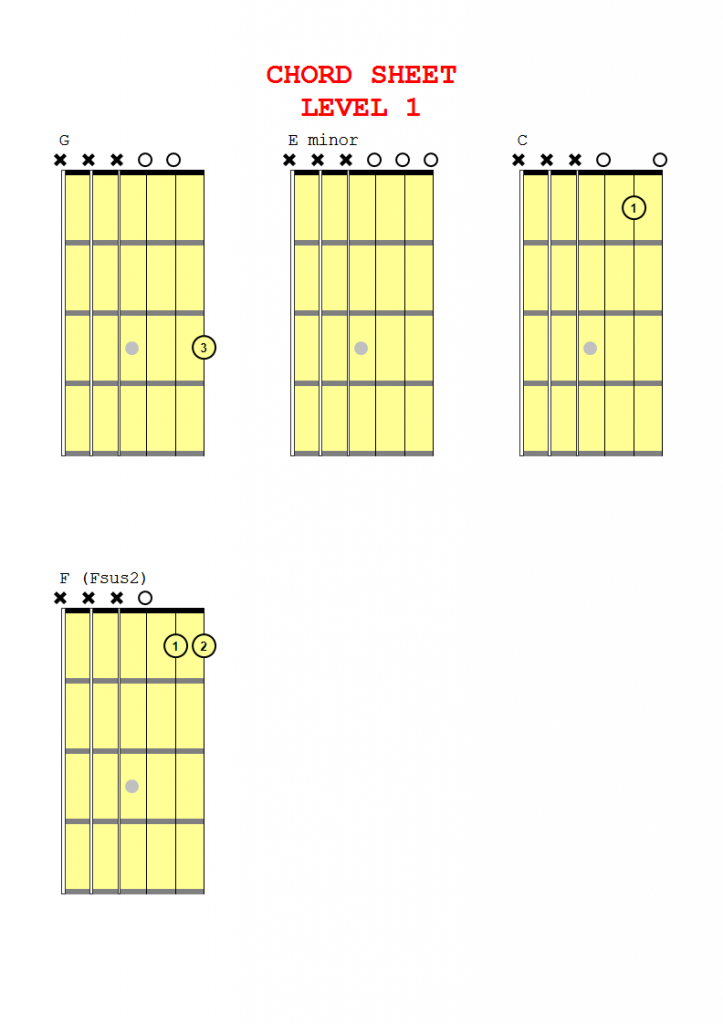 Play along to the chord exercises below. Try to stay in time with the track as best you can. Your target is to eventually be able to play along to all the tracks until they reach the end (bar 40). These exercises will have you playing your songs much more quickly than just song practice. 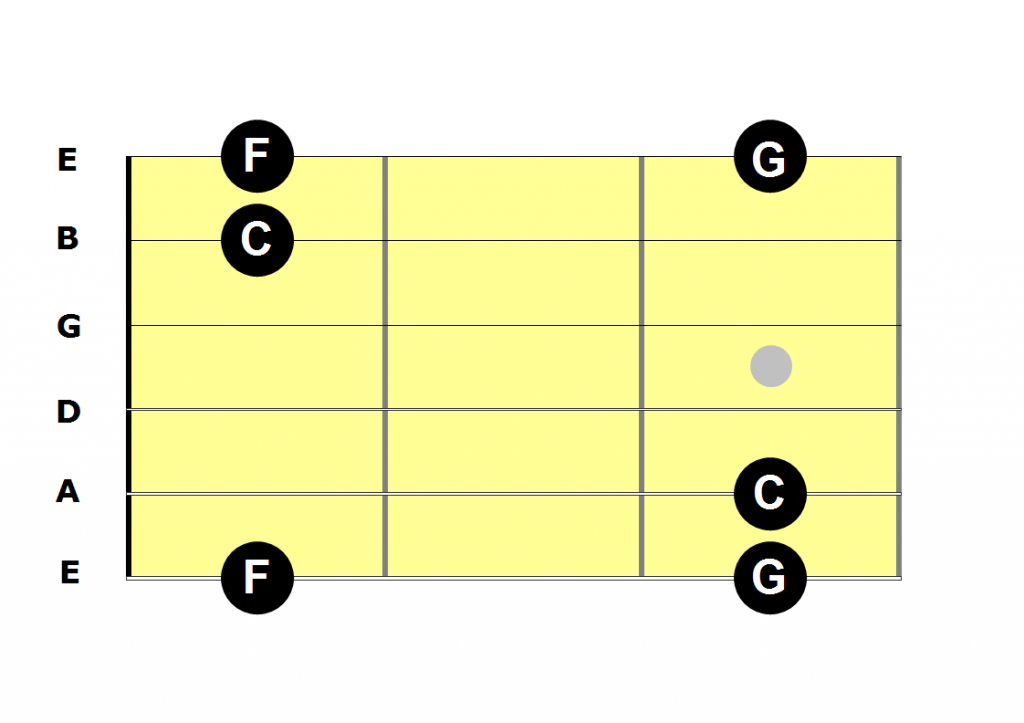 Now we begin to learn scales. The first and most important scale we learn is the Major scale. Almost all the music you hear (from Ed Sheeran to traditional Irish music) is created with the major scale. The major scale has a happy sound when played. Learn the scale below and then improvise to the track.

First learn the major scale along one string as shown on the diagram above. This scale can be played on many places on the guitar. This example is played from a C note so we call it the C Major scale.

Play the C major scale over this track. First try to play a note to every second click but then when you’re more confident try a note per click.

Now we learn the C major scale across two strings. It’s called micro because it’s a piece of the full C major scale. Before you play to the track, practice playing up and down the scale like it’s written in the notation below. 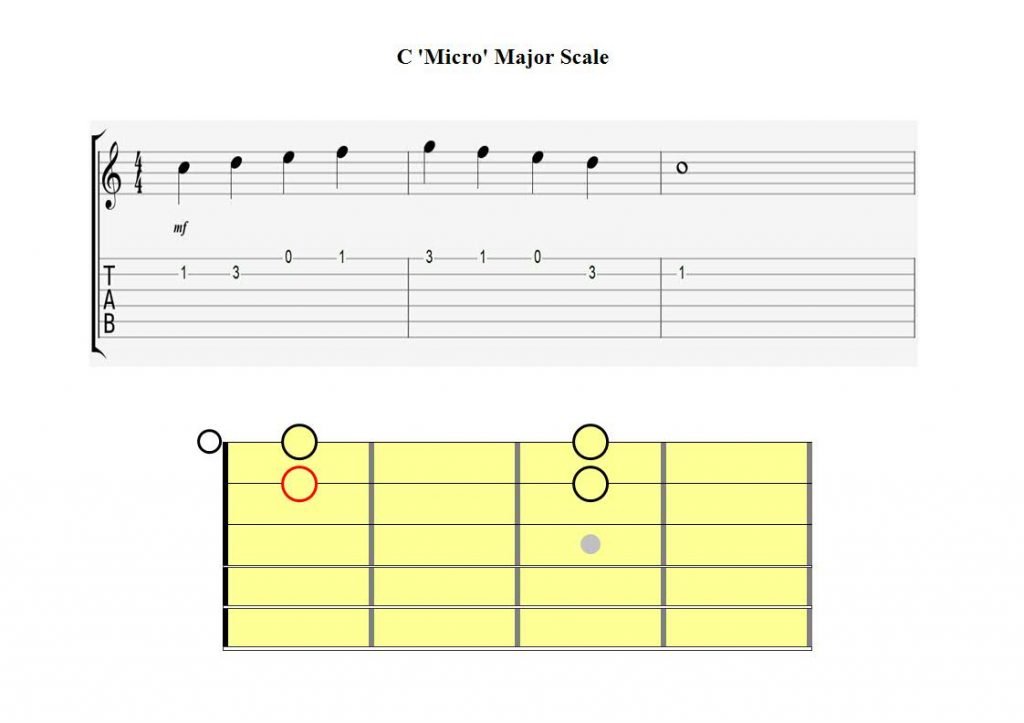 Play the C major scale over this track. Try to play both versions of the scale. First try to play a note to every second click but then when you’re more confident try a note per click.

The Vamps – All Night