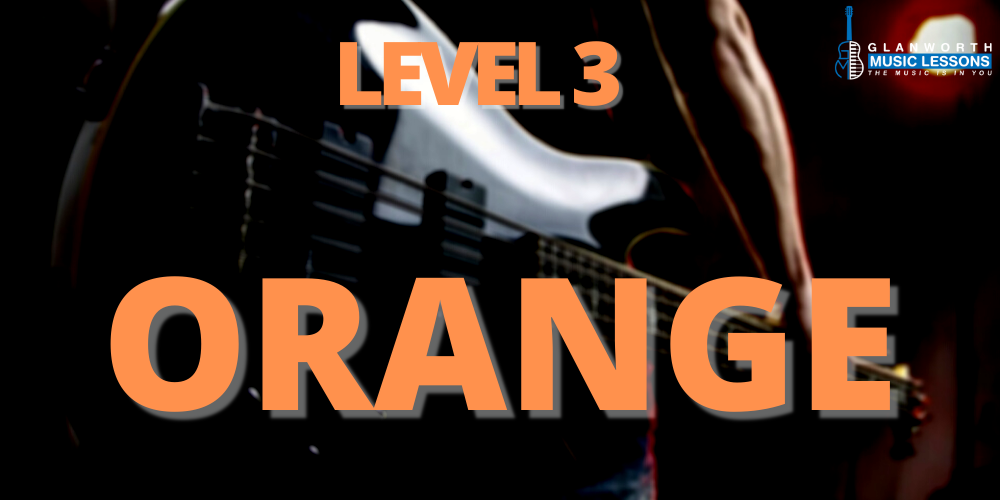 Now we add the D major chord. This is your first full chord. 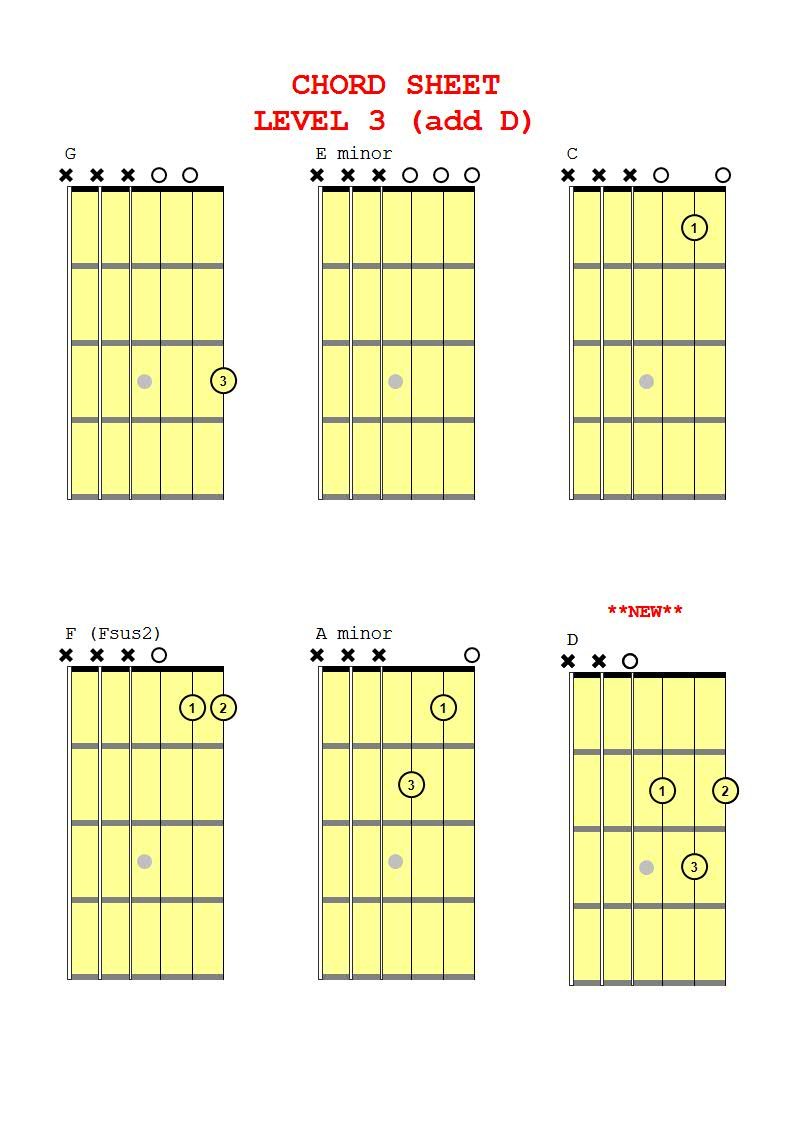 Play along to the chord exercises below. Try to stay in time with the track as best you can. Your target is to eventually be able to play along to all the tracks until they reach the end (bar 40). These exercises will have you playing your songs much more quickly than just song practice.

**FOR D TO G WATCH THE THIRD FINGER VERY CAREFULLY**

**FOR D TO C WATCH THE THIRD FINGER VERY CAREFULLY**

**FOR D TO Am WATCH THE THIRD FINGER VERY CAREFULLY** 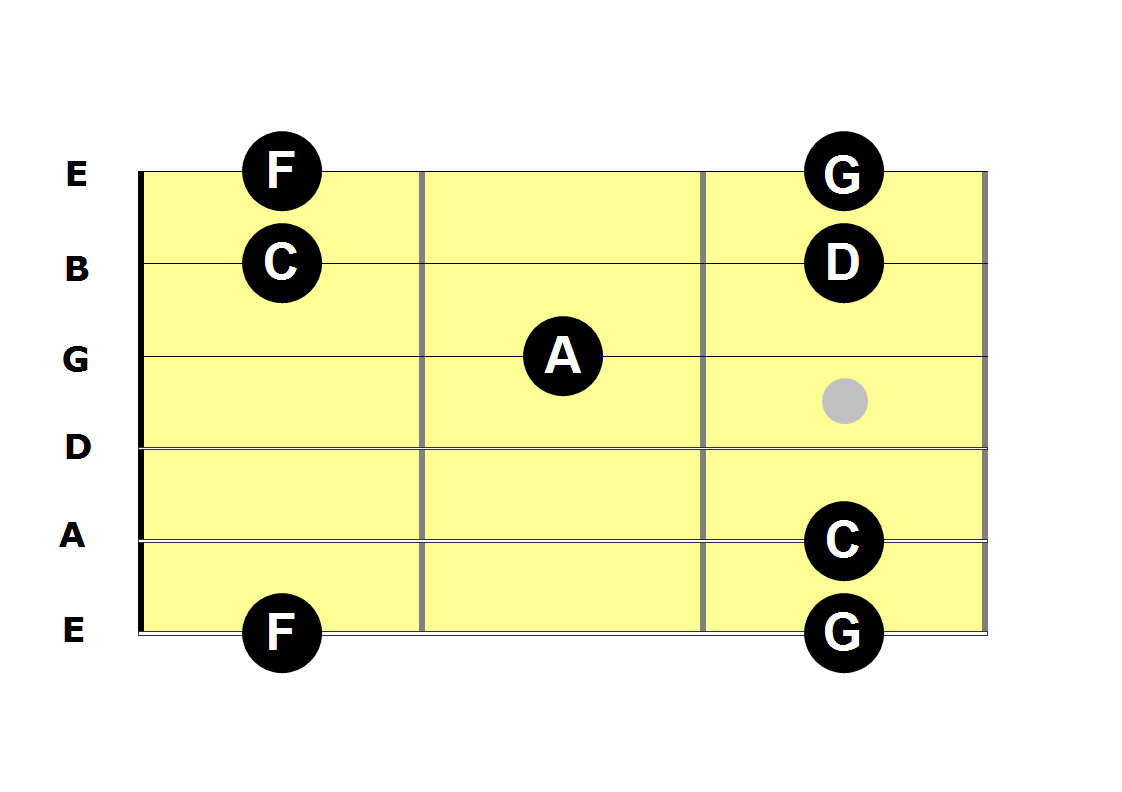 Now we add the D note.

Play the C major scale over this track.

Play the A minor scale over this track.

Bon Jovi – You Give Love A Bad Name

NEW SCALE
We now add the G major scale. Before you play to the track, practice playing up and down the scale like it’s written in the notation below. 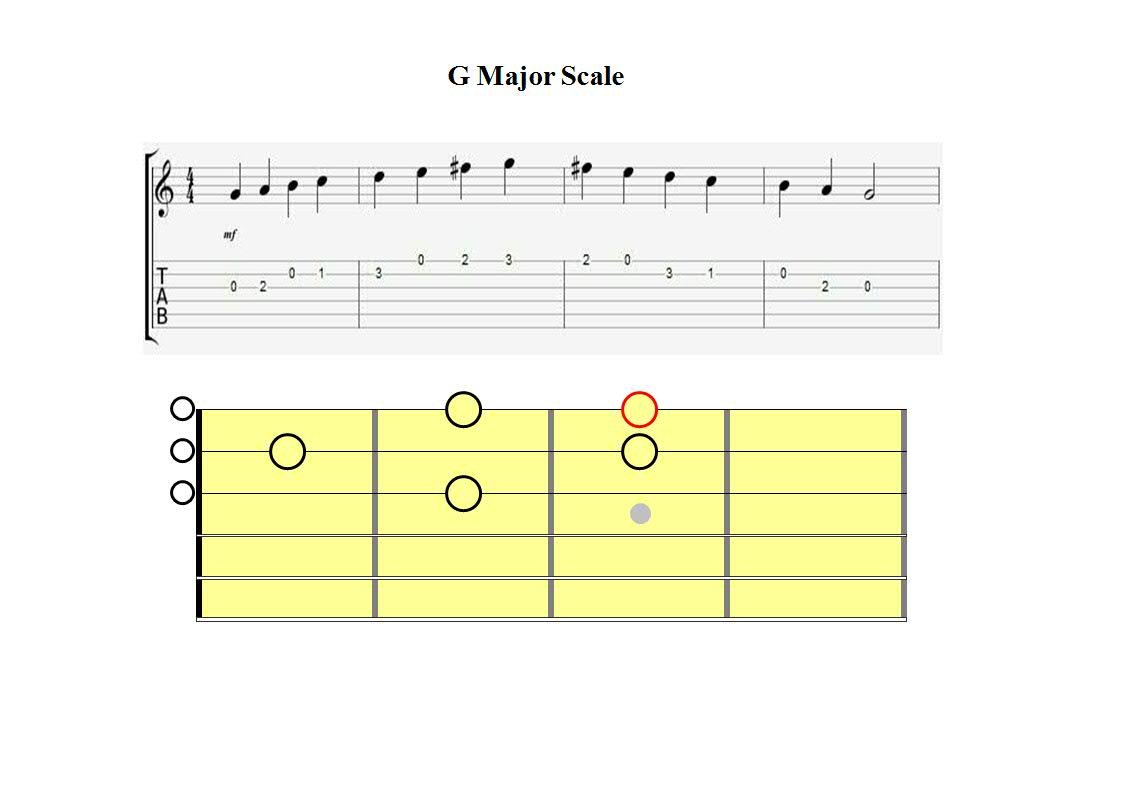 Play the G major scale over this track.

Bruce Springsteen – Born In The U.S.A.