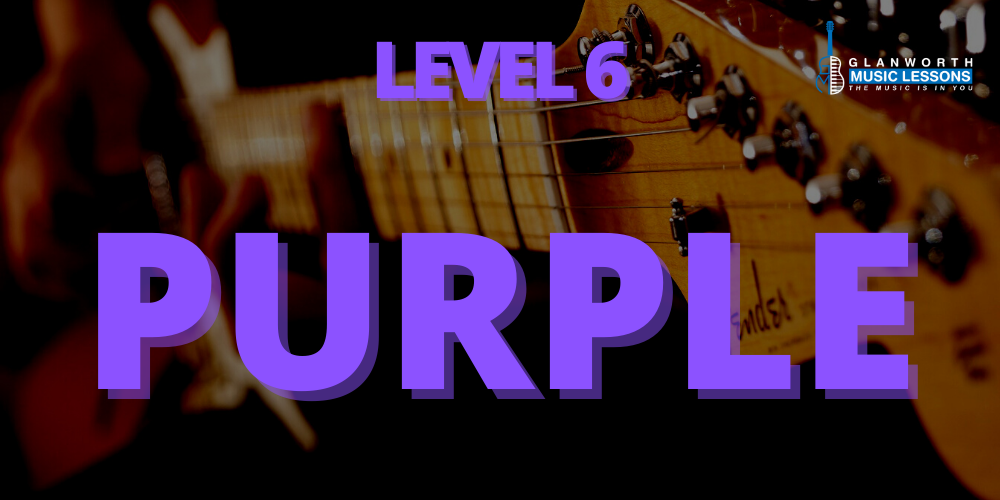 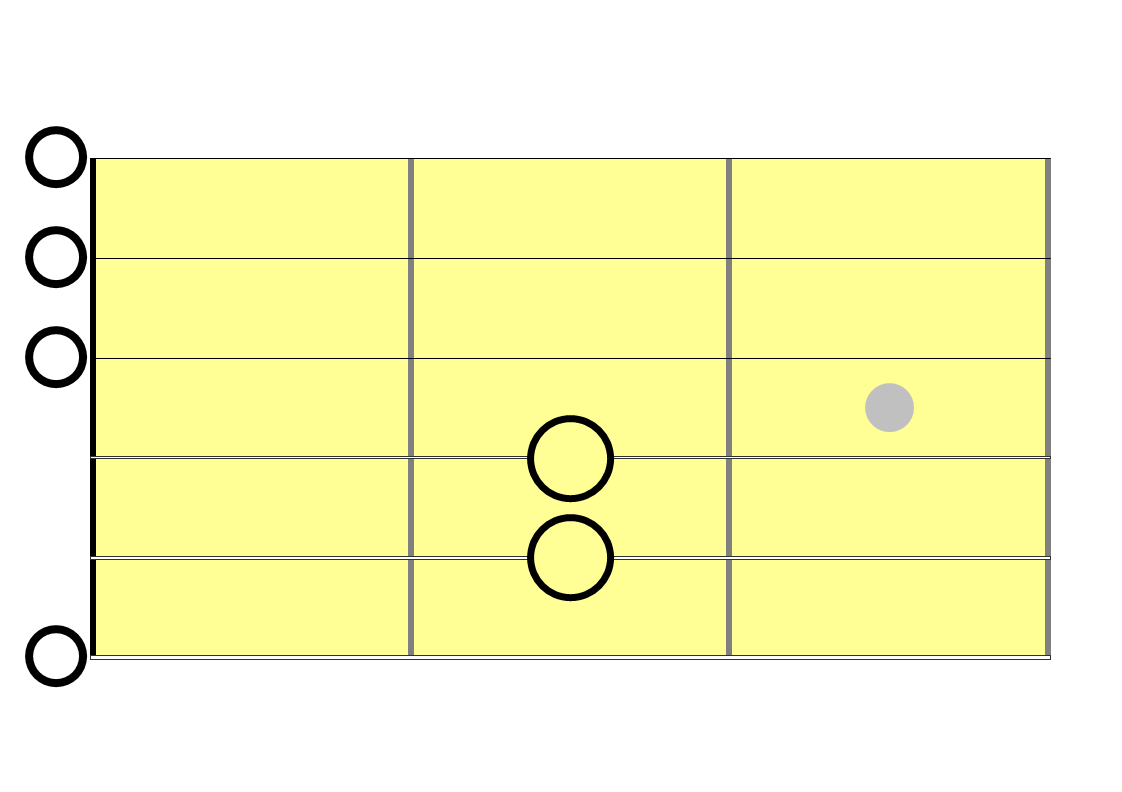 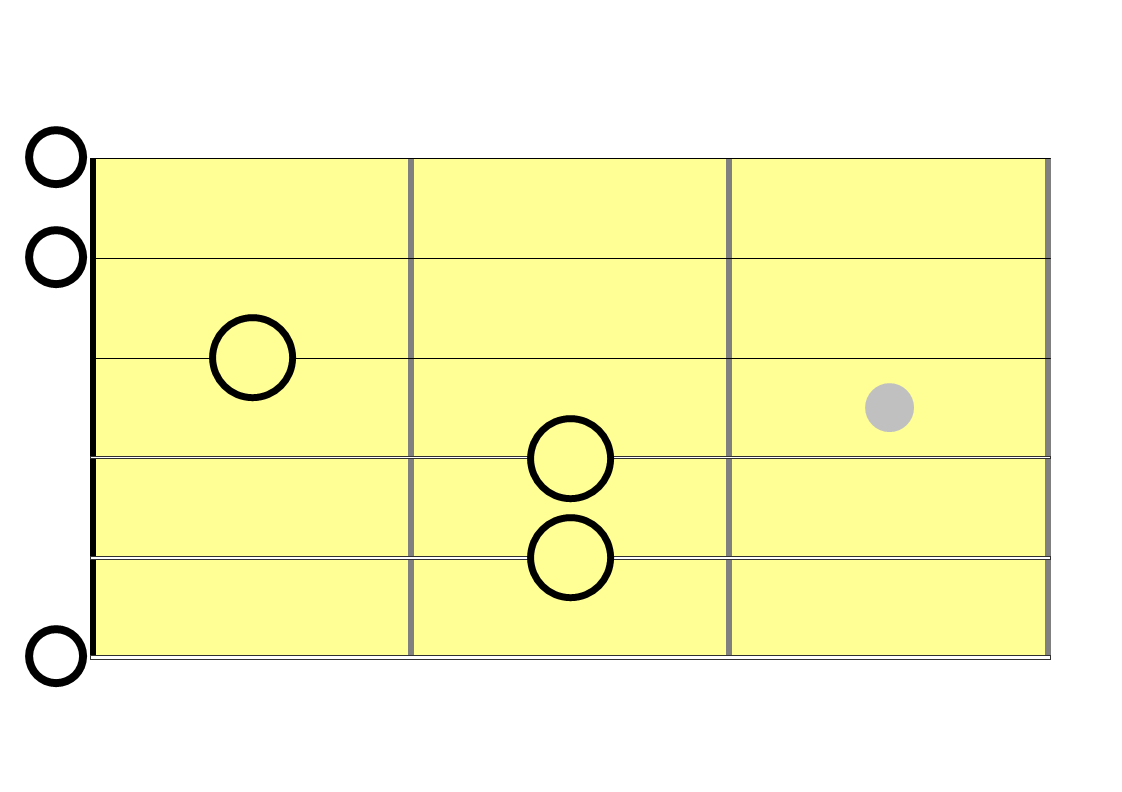 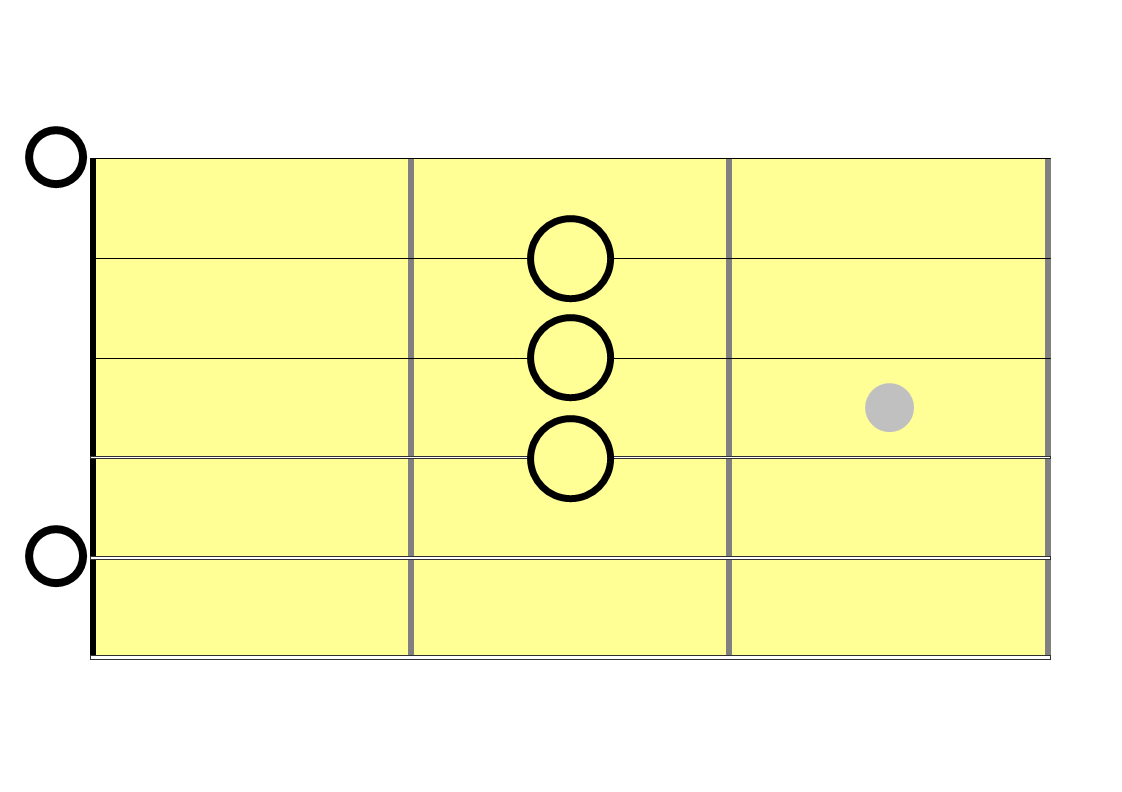 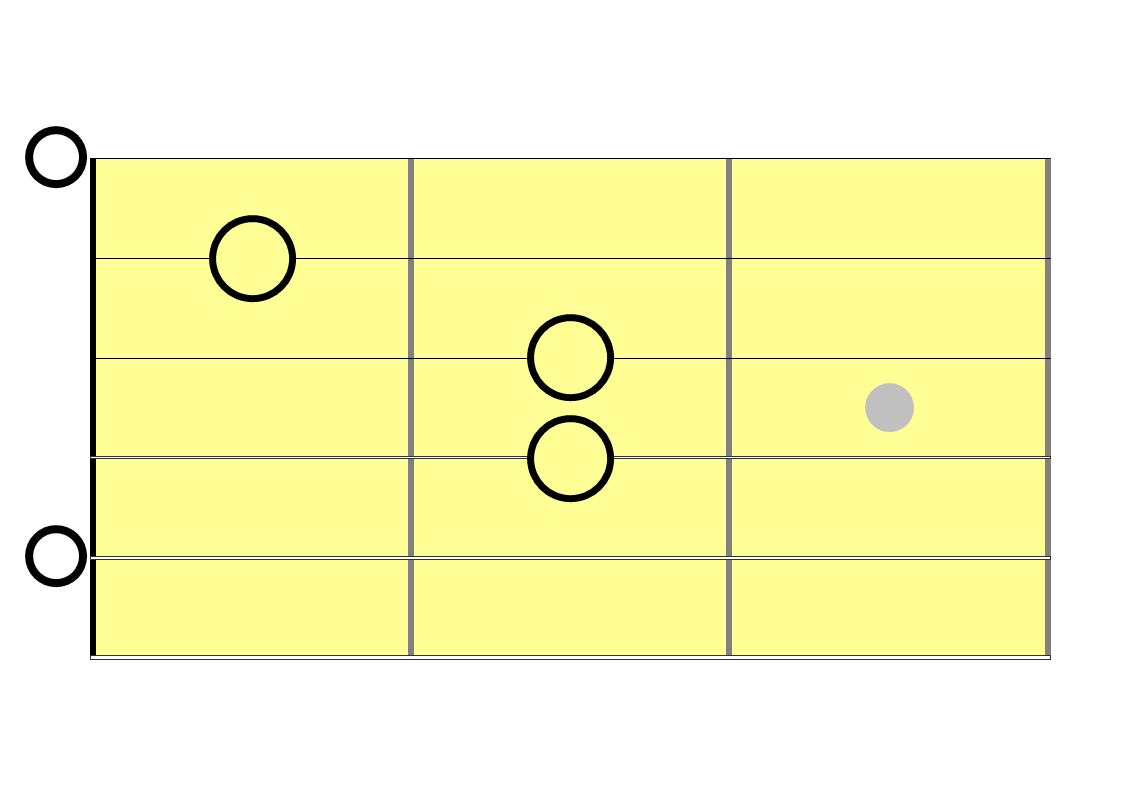 To begin learning barre chords we start by barring across 3 strings. Start at about the 12th fret and pick through the 3 strings as best you can. When you feel they sound good try the fret below and do the same thing. Keep following this process until you can do it on the 1st fret. When you can achieve this try 4 strings and so on until you can it with 6 strings. Finally, try your first barre chord the minor 7. 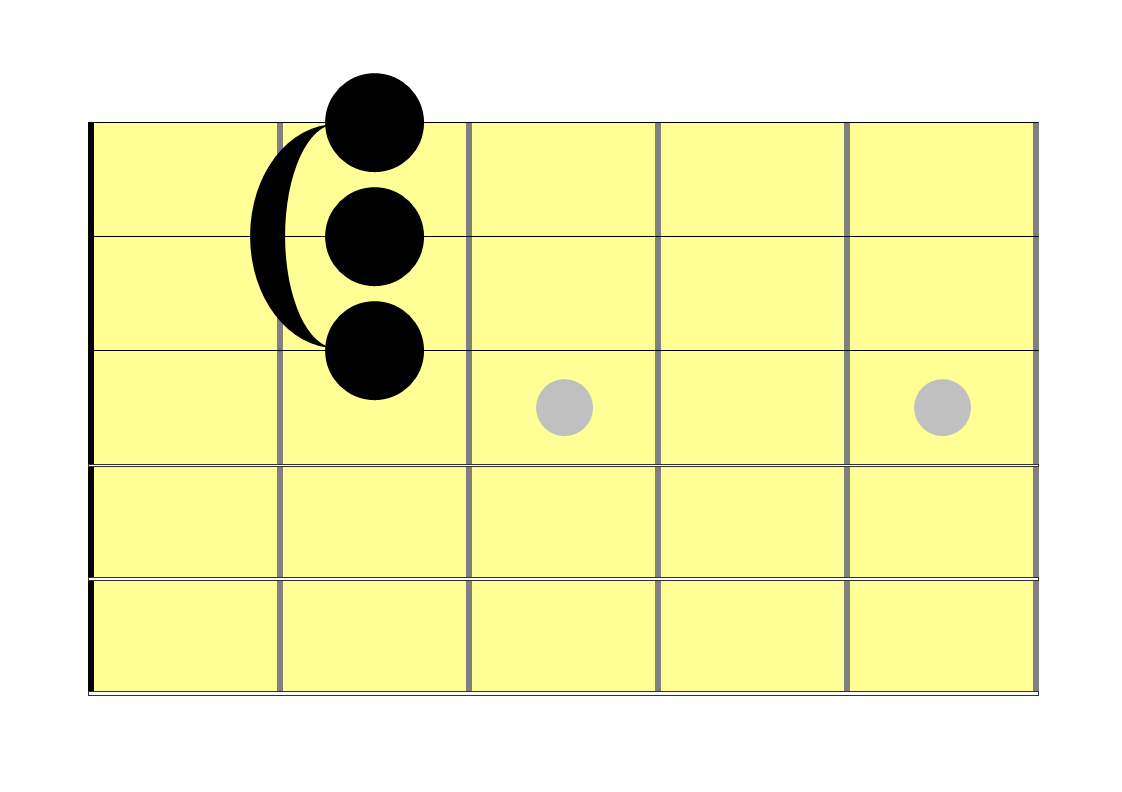 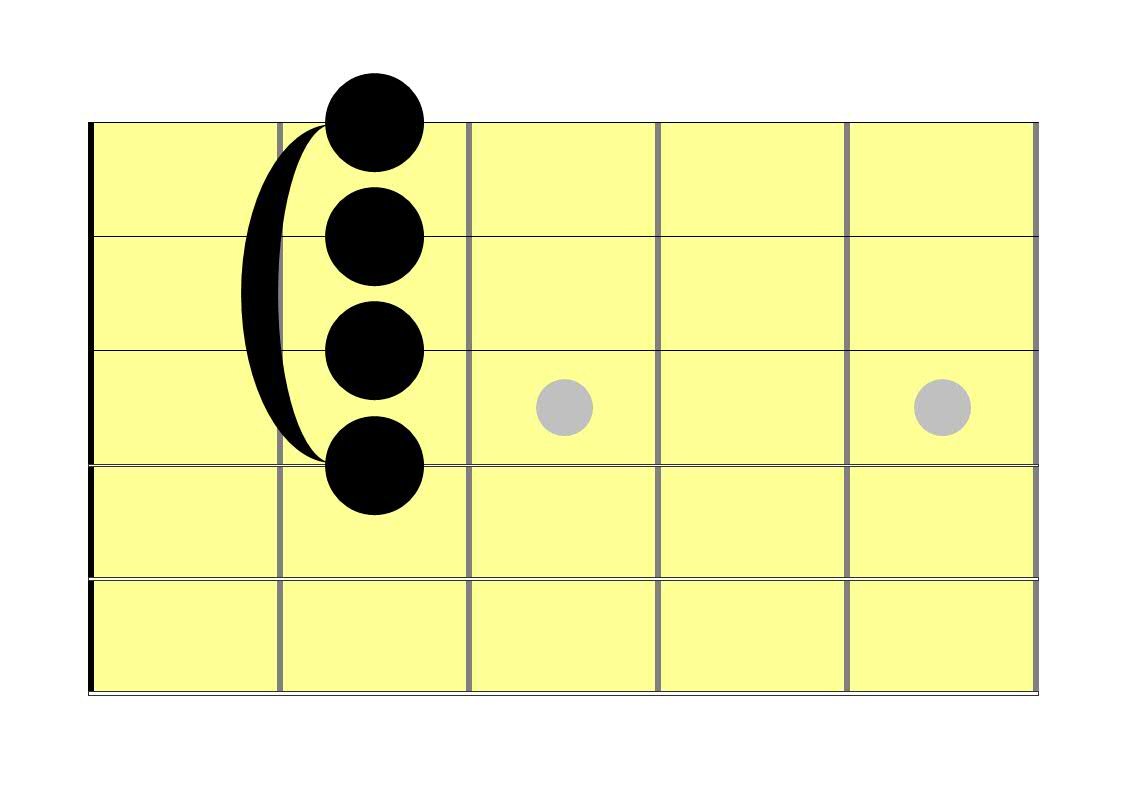 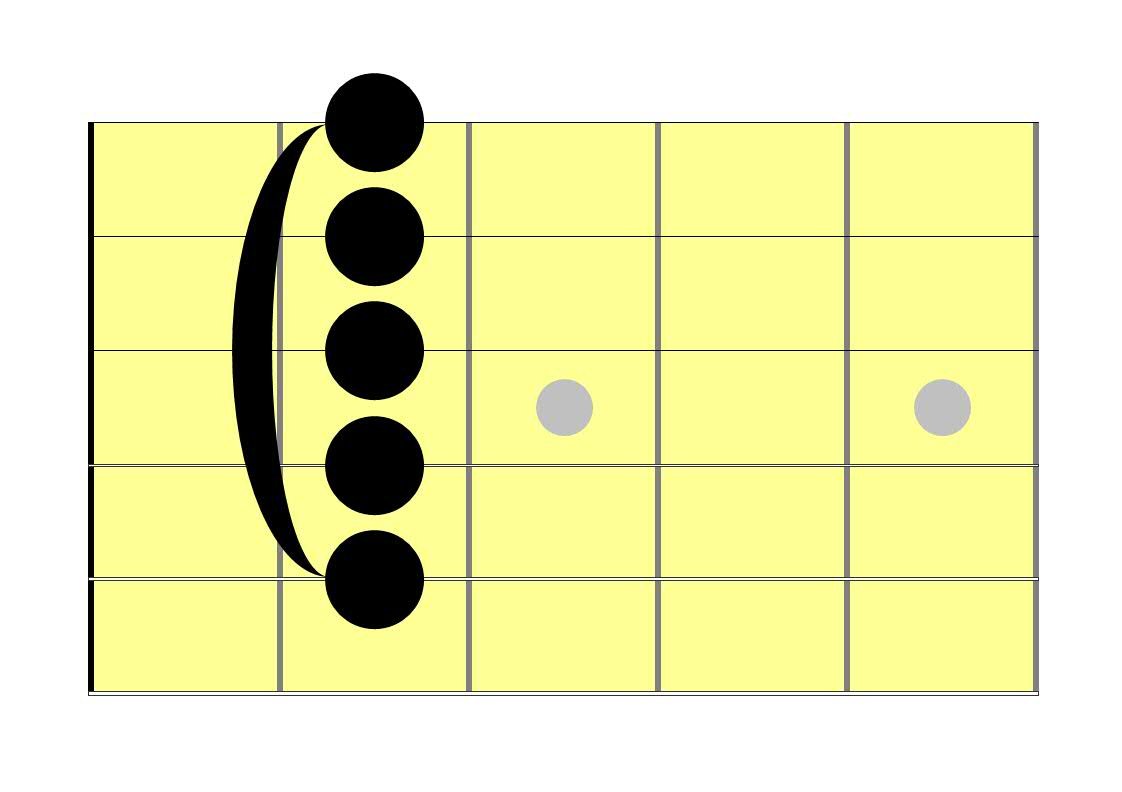 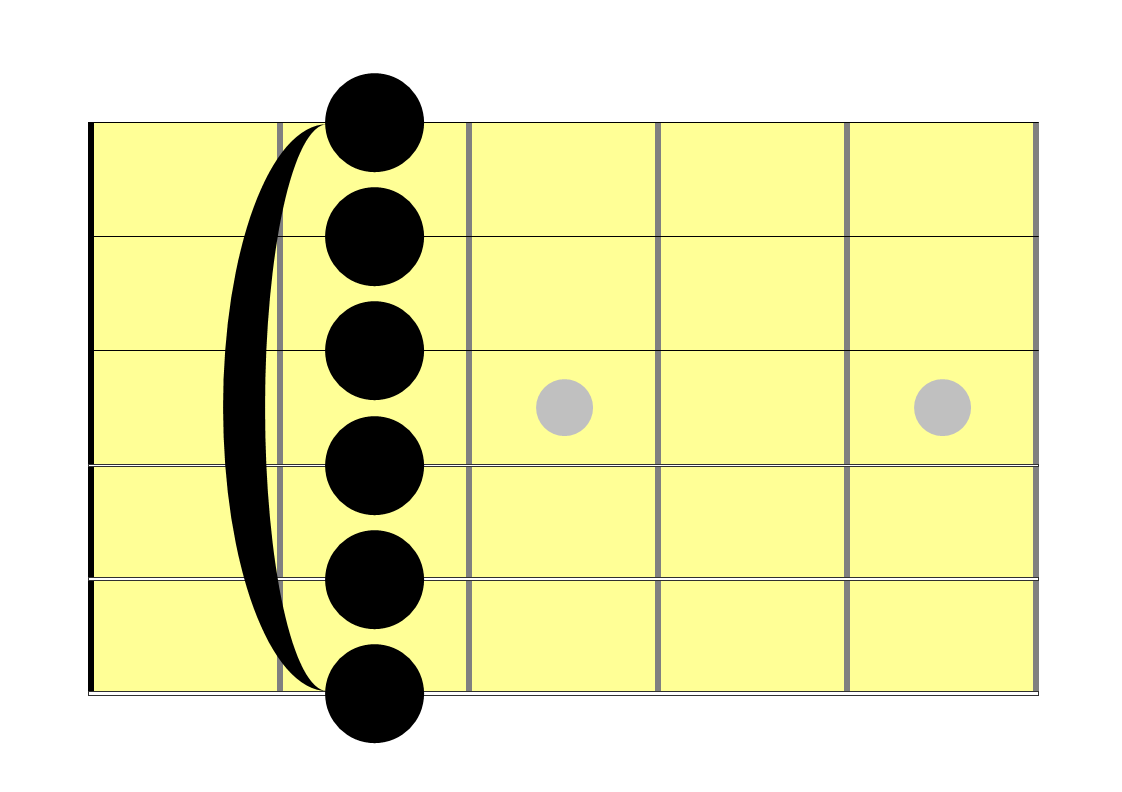 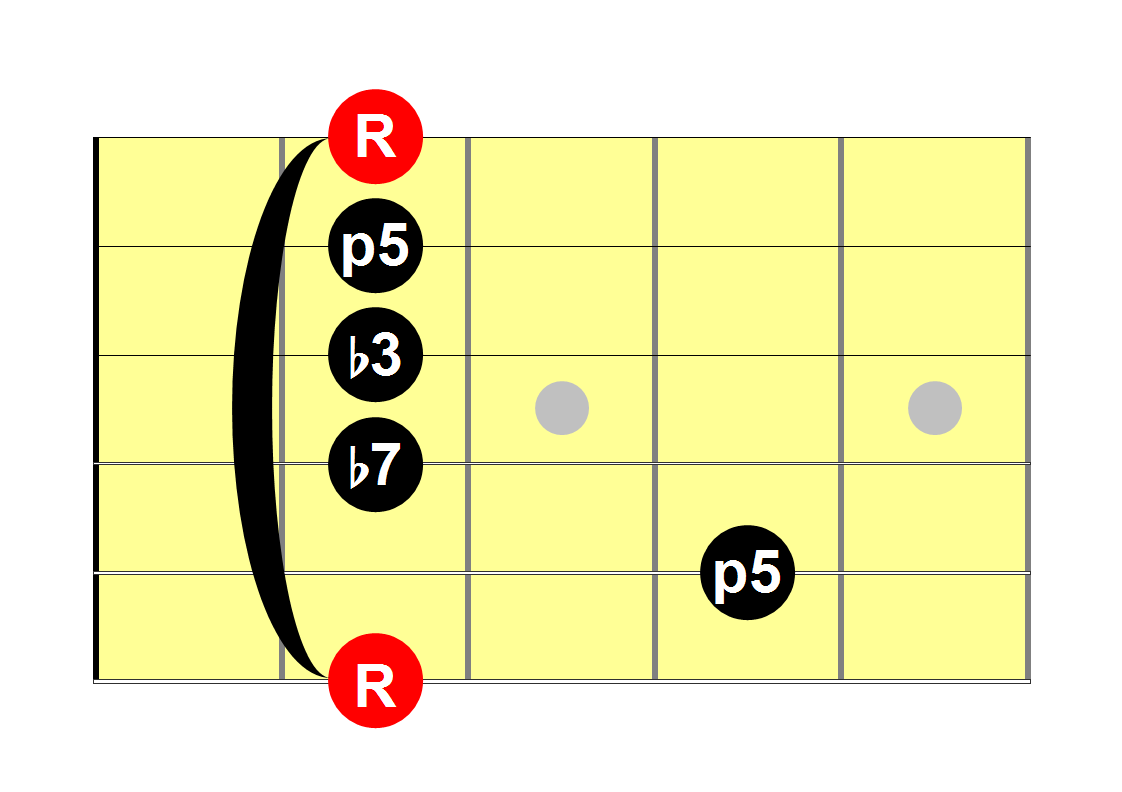 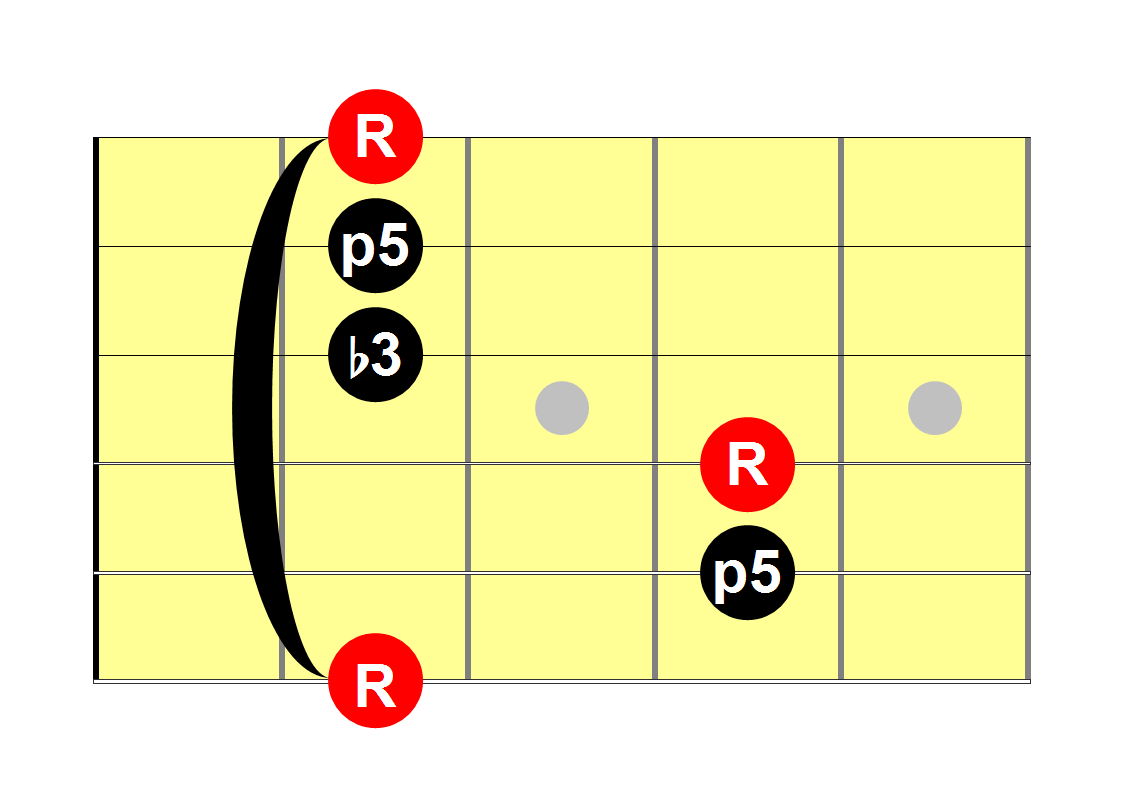 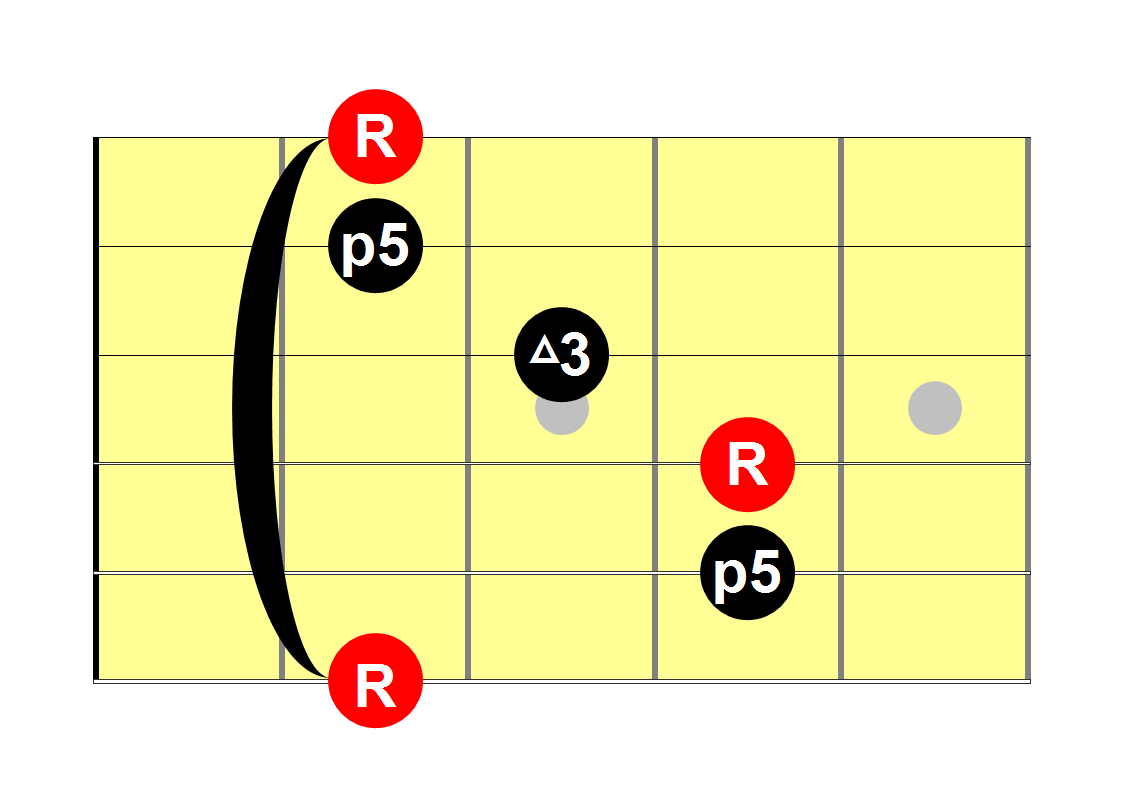 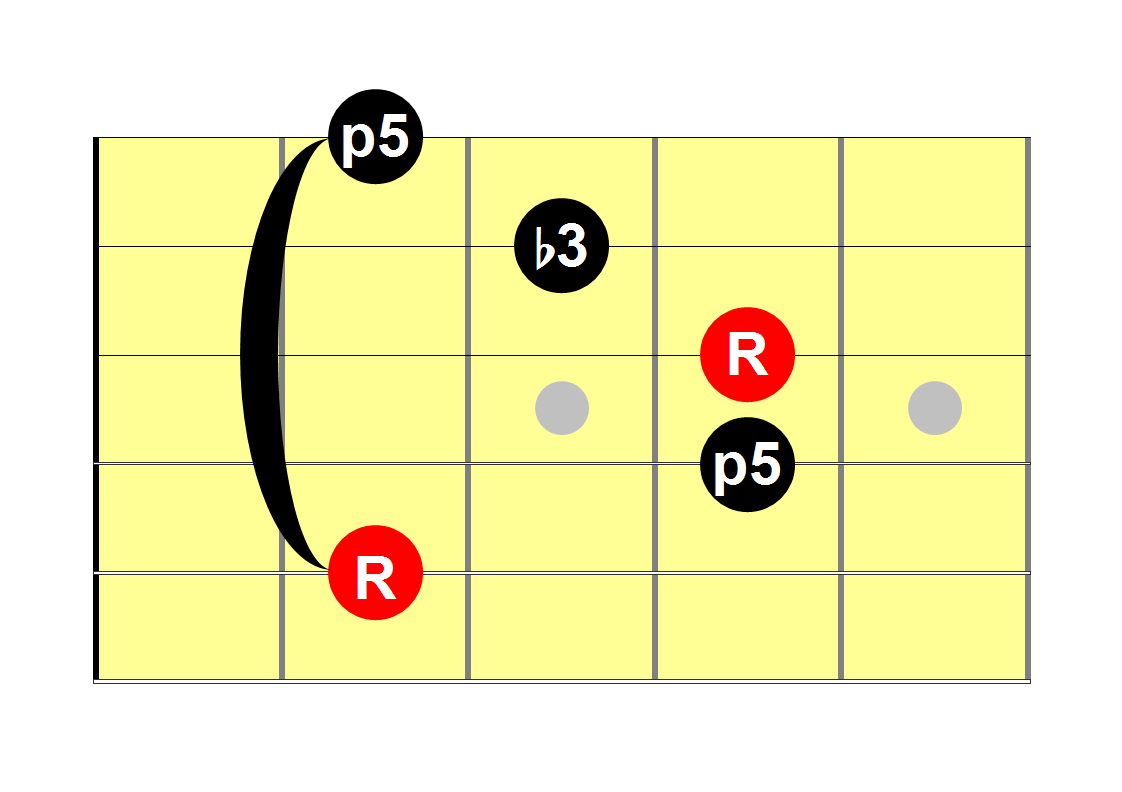 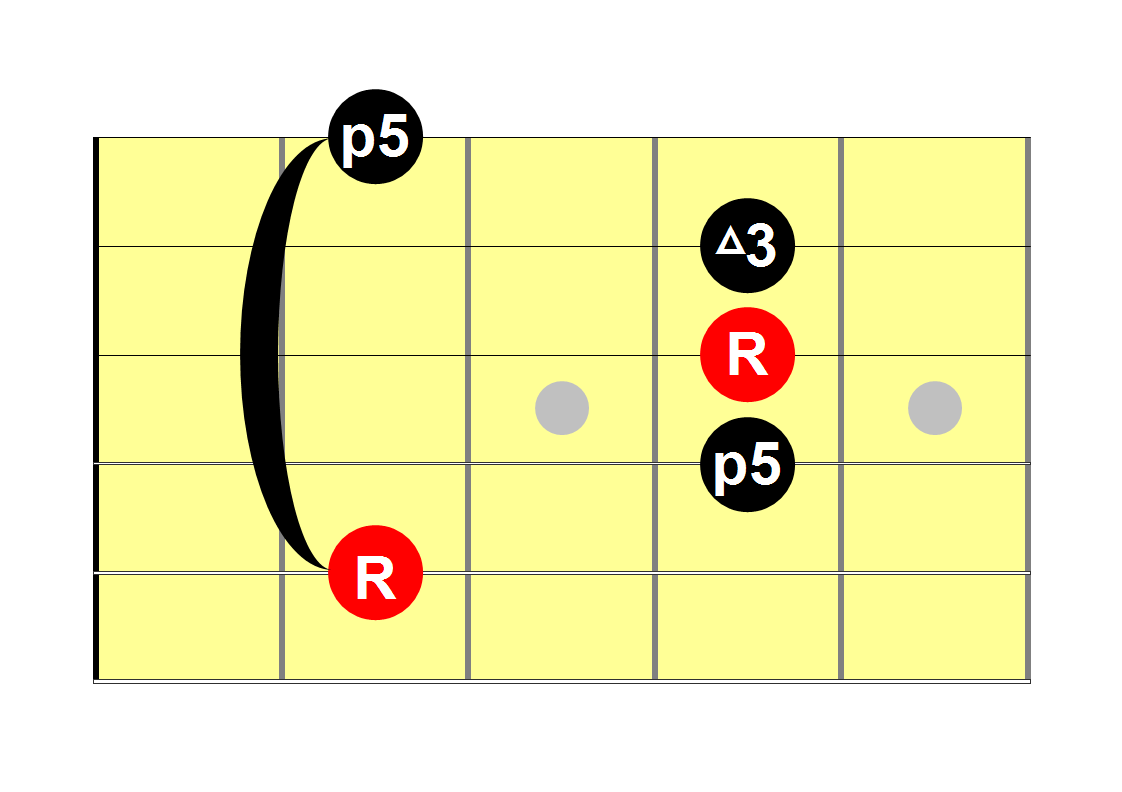 CHORDS OF A KEY MOVEABLE SHAPE 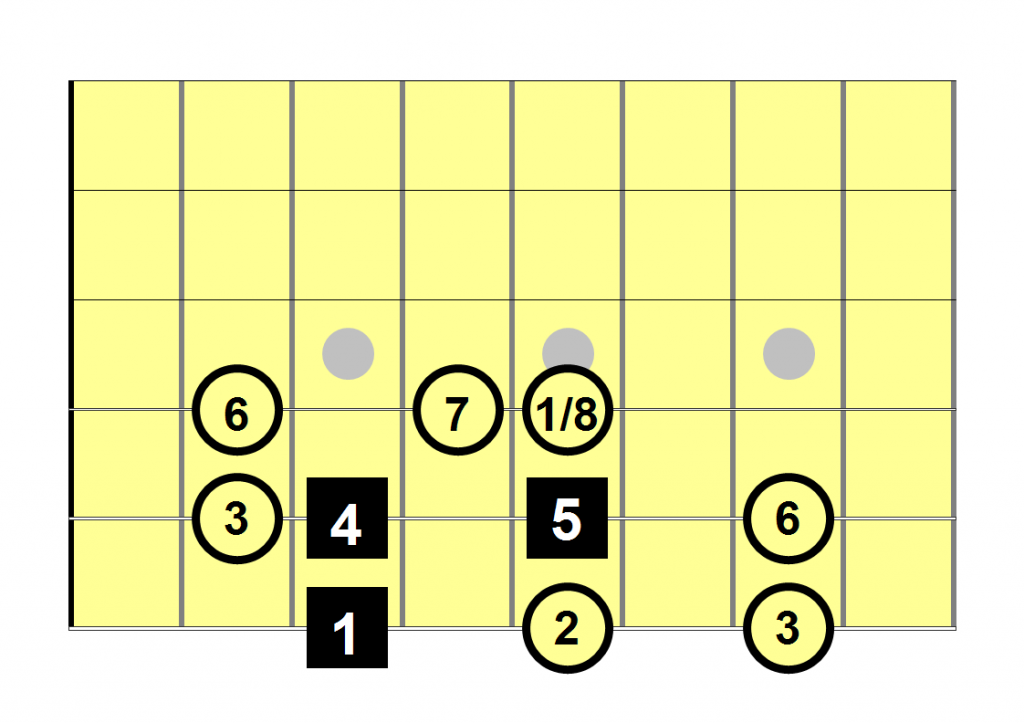 Above you can see one of the most useful major scale shapes that you can use to visualize the chords in a key. The square notes 1 4 5 represent the major chords and the 2 3 6 notes represent the minor chords. 1 Major 2 minor 3 minor 4 Major 5 Major 6 minor 7 minor 7 b5 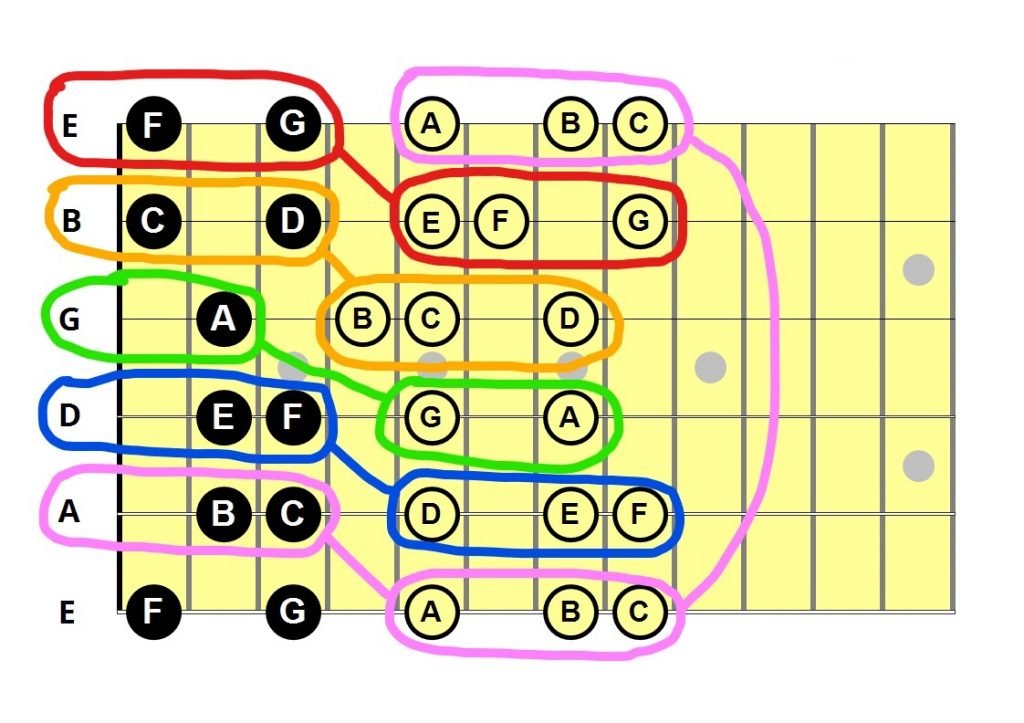 SONGS IN C & A minor

Let It Be – The Beatles – Video & Chord Sheet

Harry Styles – Sign Of The Times – Chord Sheet (Print Out)

Taylor Swift – Shake It Off – Chord Sheet (Print Out)

Sam Smith – Stay With Me – Chord Sheet (Print Out)

Beauty And The Beast – Chord Sheet (Print Out)

Wish You Were Here – Pink Floyd

John Legend – All Of Me – Video

Green Day – Time Of Your Life

Meghan Trainor – All About That Bass – Video

The Lion King – The Circle Of Life

She’ll Be Coming ‘Round The Mountain

AC/DC – Back In Black

Foo Fighters – Best Of You